History of the reserve

On June 14, the Dubna State Historical and Cultural Reserve celebrated its 28th anniversary. The Dubna Nature Reserve already has its own history of formation and development, which is worth telling about today. 28 years ago, and even earlier, the question arose about the state of preservation of historical, cultural and architectural monuments of ancient Dubno, and first of all - the castle of the Ostroh princes of the XV century.

Local authorities once tried to bring about the final destruction of monuments of the past, but these were ineffective measures, confined to the framework of general planning in the then system of government. Enthusiasts and devotees were needed to break the deadlock, and there were few of them.

The problem was not only money, but also the breaking of stereotypes in the minds of individual officials, on whom depended whether the majestic temples, castle, houses of the historic center under warehouses, sports facilities, various departments and whether to be the city of Dubna one of the European tourist centers.
The first attempt to resolve the issue of establishing a reserve in Dubno and granting it the status of the State Historical and Cultural Reserve was made in 1990.

However, the first attempt did not find support, as the 340th anniversary of the battle of the Cossack-peasant troops with the Polish army (the battle of Berestechko in 1651), which was being prepared in 1991, was approaching, and it was necessary to give this sacred place priority.
On April 19, 1989, the Prykarpattia Military District transferred the Castle to the Rivne Main Department of Architecture.

At the same time, 250,000 rubles were paid. for its operation. For three years, repair and restoration work in the Castle was carried out by the Volyn Restoration Department and the Rivne Center "Environment". To put it mildly, the work was very slow and not very good.

Unfortunately, for all three years of management so-called. The "restorers" of the Castle's premises were actually robbed - parquet, pipes, batteries, Dutch tiles, which covered the fireplaces of the XVIII century, were stolen. Part of the roof of the Lubomyrsky palace was opened and for several years both rain and snow fell on it (the good thing is that the hall with nymphs has been preserved for our descendants). It came to the point that stone was already being removed from the territory of the Castle from the dismantled medieval brick defensive walls. 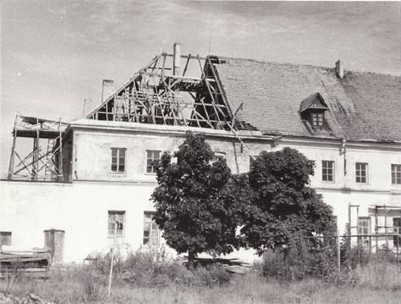 Palace of the Lubomyrsky Princes, 1993. Facade 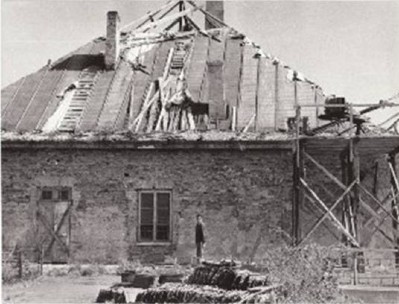 Side of the palace of the Lubomyrsky princes, 1993 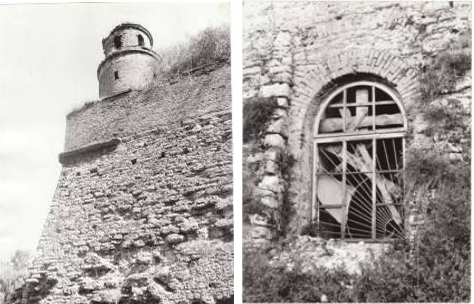 In the castle yard, goats were grazed, poultry was bred, and fredok was raised. Such businessmen had to be expelled from the Castle with the help of law enforcement agencies. These violations were reported to local authorities and regional authorities, who responded by removing some business leaders. However, the state of emergency of the Castle caused serious concern and required immediate resolution of problems.
And in 3 years the Castle passed to the balance of the Dubna city council.

In February 1992, the Castle was transferred to the balance of the Dubna City Council, which established a small state enterprise "Renaissance" for restoration work. In a short time (from April 20, 1992 to January 15, 1993) the material and technical base was created and all possible works on conservation of the Castle were carried out.

At the same time, despite insufficient funding, the company "Renaissance" still overhauled part of the roof on the palace of kn. Lubomyrsky and collapsed casemates, and significant work on landscaping and protection zone of the Castle

Objects that are now part of the Reserve and its role in modern city life.

As of June 14, 2021, the Reserve includes 26 objects, including: Dubna Castle (XV-XVIII centuries) (Palace of the Ostrohs, the Palace of the Lubomyrskis and the Gate Building), Lutsk Gate (XVII century) .), Church of the Transfiguration (XVI century.), St. George's Church (XVII century.), Carmelite Monastery (XVIII century.), Church of the Bernardines and its cells (XVII century.), Church of St. John of Nepomuk (XIX century. ), Synagogue (XVI-XVII centuries), St. Elijah's Church (early XX century), Secular buildings of the XVIII-XIX centuries. in the central part of Dubno and others. historical and cultural monuments
On June 14, 1993, the Cabinet of Ministers of Ukraine adopted Resolution №444 “On the State Historical and Cultural Reserve of Dubno”.

Having received support from the Representative of the President of Ukraine in Rivne region R. Vasylyshyn and the Representative of the President of Ukraine in Dubna district V. Mamchur, the management of the enterprise "Renaissance" led by P. Smolin (later became the first head of the newly created Reserve) appealed directly to the Vice Prime Minister. Minister of Ukraine Mykola Zhulynsky with a proposal to establish the Dubna Reserve. This provided for the prospect of involving government agencies in concrete steps to preserve the entire complex of monuments of our city. Mykola Zhulynskyi achieved a positive solution to this issue at the state level.

White V., deputy of the Verkhovna Rada of the 1st convocation (born in the village of Ivanna, Dubna district) and V. Cherepukha, head of the press and information department of the Rivne Regional State Administration also contributed to the creation of the State Historical and Cultural Reserve of Dubna (DIKZ of Dubna). , which made it possible to establish a direct connection between the region and Kyiv and in fact in 6 months to create a DIKZ in Dubna.

On June 14, 1993, the Cabinet of Ministers of Ukraine adopted Resolution №444 “On the State Historical and Cultural Reserve of Dubno”. The Reserve includes a number of residential buildings of the XVIII - early Twentieth century, temples and a castle complex, as well as a museum of local lore with a scientific and material part. There are 29 objects in total 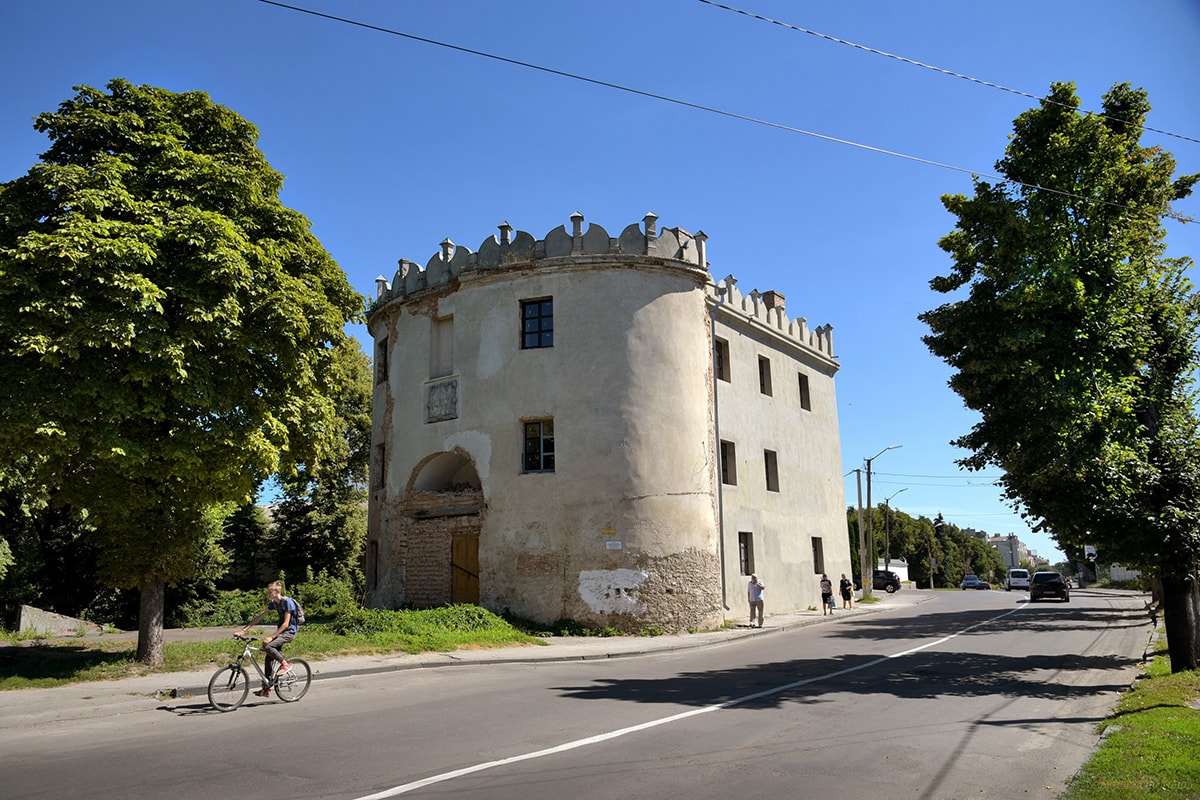 Lutsk Gate, a monument of defensive architecture of the XVII century, photo 2020 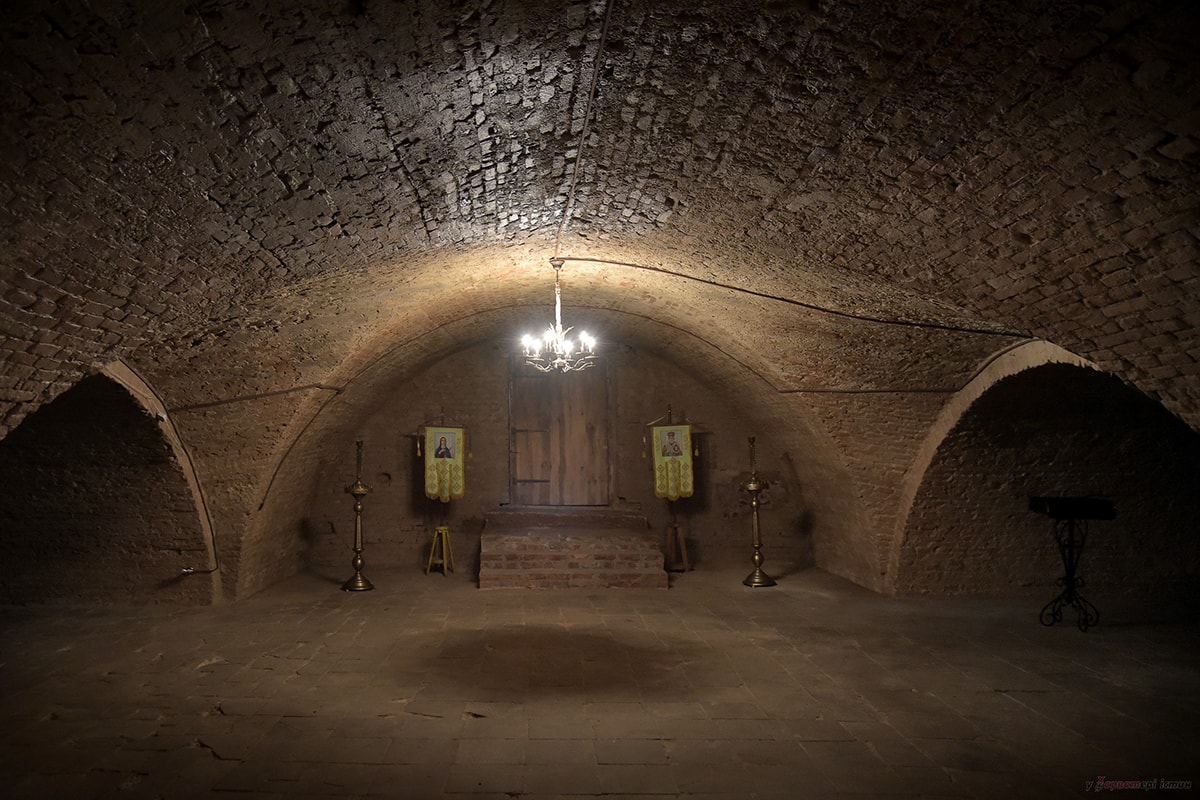 Crypts of the former Bernardine monastery of the XVII century, photo 2020 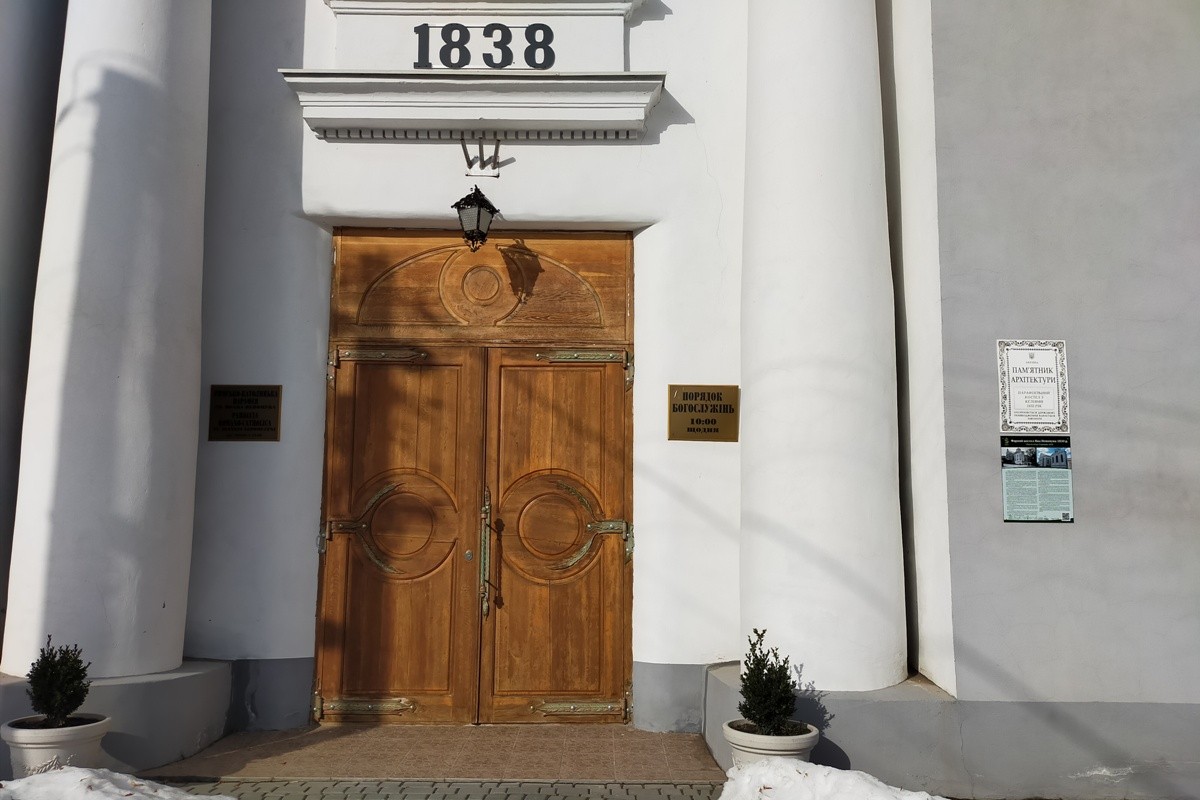 Church of St. John of Nepomuk of the XIX century, photo 2020

It should be noted that the Reserve received great support from the first days of its creation from our famous compatriots - Director of the Lviv Art Gallery, Hero of Ukraine Borys Voznytsky, prominent archaeologist, Doctor of History Igor Sveshnikov and famous phytotherapist Ivan Nosal, who foresaw the great future of Dubna. historical and cultural center of the region ..

Igor Sveshnikov proved the significance of the Dubna Reserve for his native land and the whole country with his first in the history of the city and the last in his life archeological excavations on the territory of Dubna Castle, the results of which turned out to be another scientific discovery of the scientist.

In recent years, the material and technical base of the Reserve has grown significantly. Part of the repair and restoration works is carried out by the construction team of the Reserve, provided with all the necessary equipment and materials (carpentry shop, smithy). There is a restoration workshop with qualified specialists

The soul of the Reserve is its team 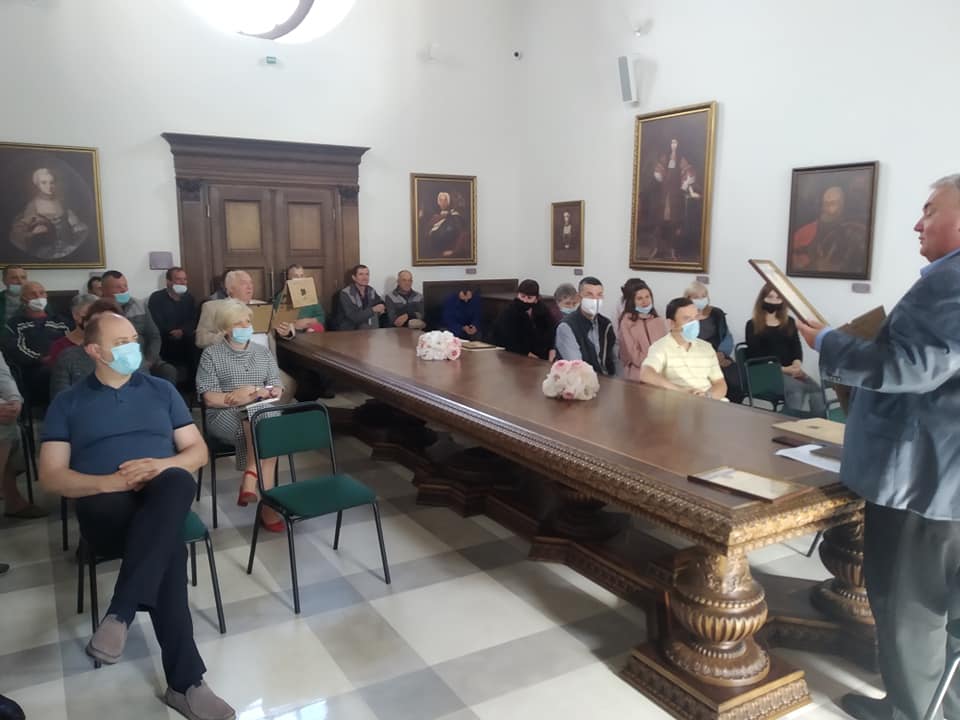 An integral part of the Reserve is its scientific part, which, in addition to research of the historical past of Dubna and the region, creates exhibitions in the Castle, holds scientific conferences, publishes books, booklets, participates in various television programs to attract visitors to the medieval Castle. and its expositions.

The Reserve also has a scientific library created on the basis of domestic and foreign printed sources sent to the Ukrainian diaspora in the United States, Canada and other countries. The scientific part is a methodical and consulting center for educational institutions, organizations and institutions of the city and district.

The castle yard is also a kind of exposition created by the hands of the whole team. Probably, the famous gardener of the XVIII century Dionysius Mikler would be surprised by the harmonious combination of greenery and flowers, which from spring to autumn delight the eyes of thousands of tourists from around the world.

Despite the problematic issues that exist today, the Reserve lives and confidently fulfills its purpose - the preservation and promotion of the historical and cultural heritage of Dubna thanks to its staff, thanks to enthusiasts and patriots of the native land - B. Voznytsky, M. Zhulinsky and others. patrons, whose names are engraved on the walls of the ancient castle.

Finally, despite any troubles, which are many in our lives today, the Castle gathered a team of like-minded people and not amateurs, but true patriots led by the current director of the Reserve Kichati LS, who love and respect our land, its antiquity. The castle is slowly being revived…

Dubna Castle as an important component of the Dubna City Reserve. Before and After 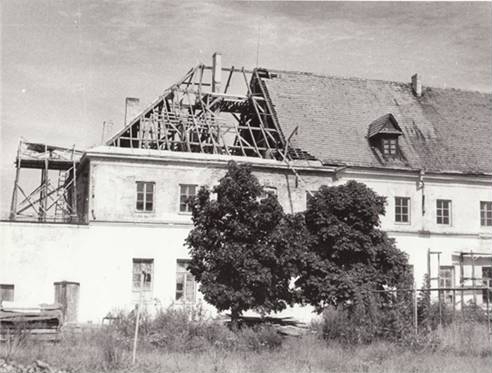 The facade of the palace kn. Lubomyrsky, 1993 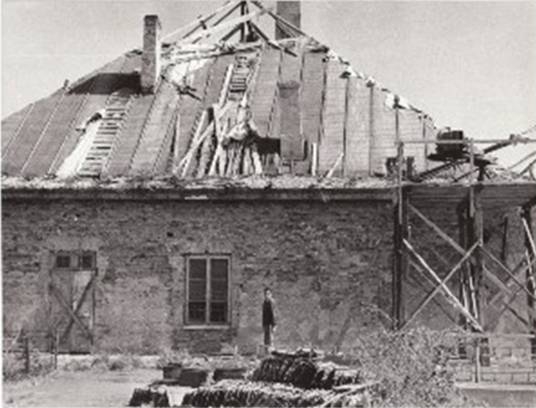 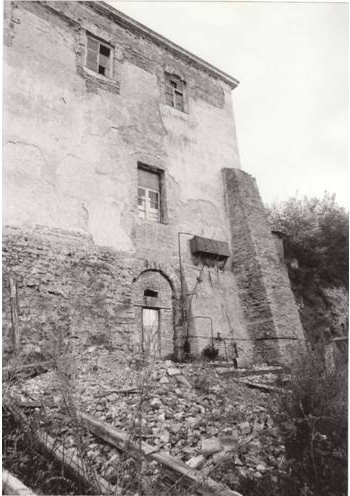 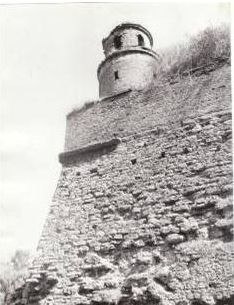 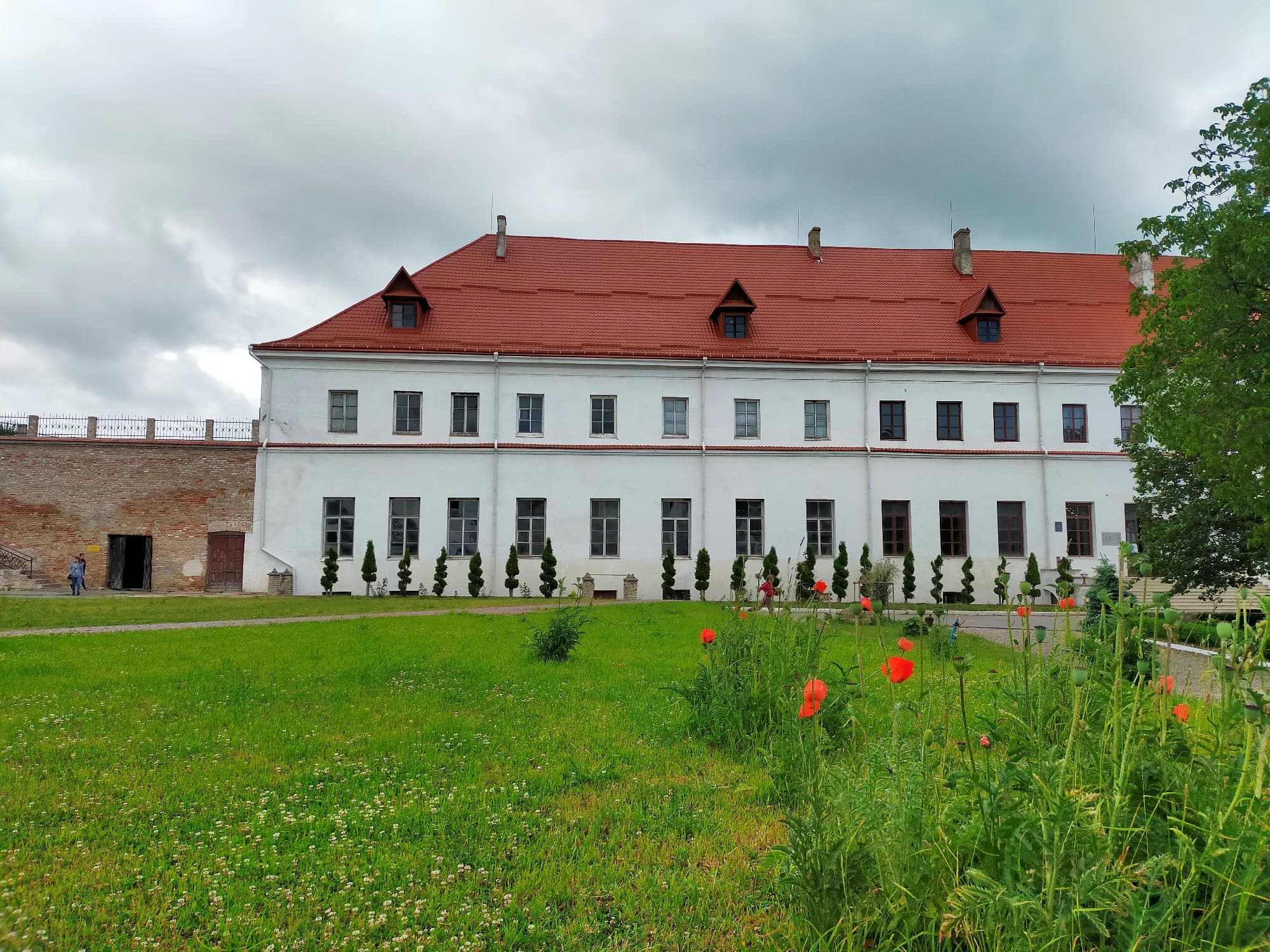 The facade of the palace kn. Lubomyrsky, 2021 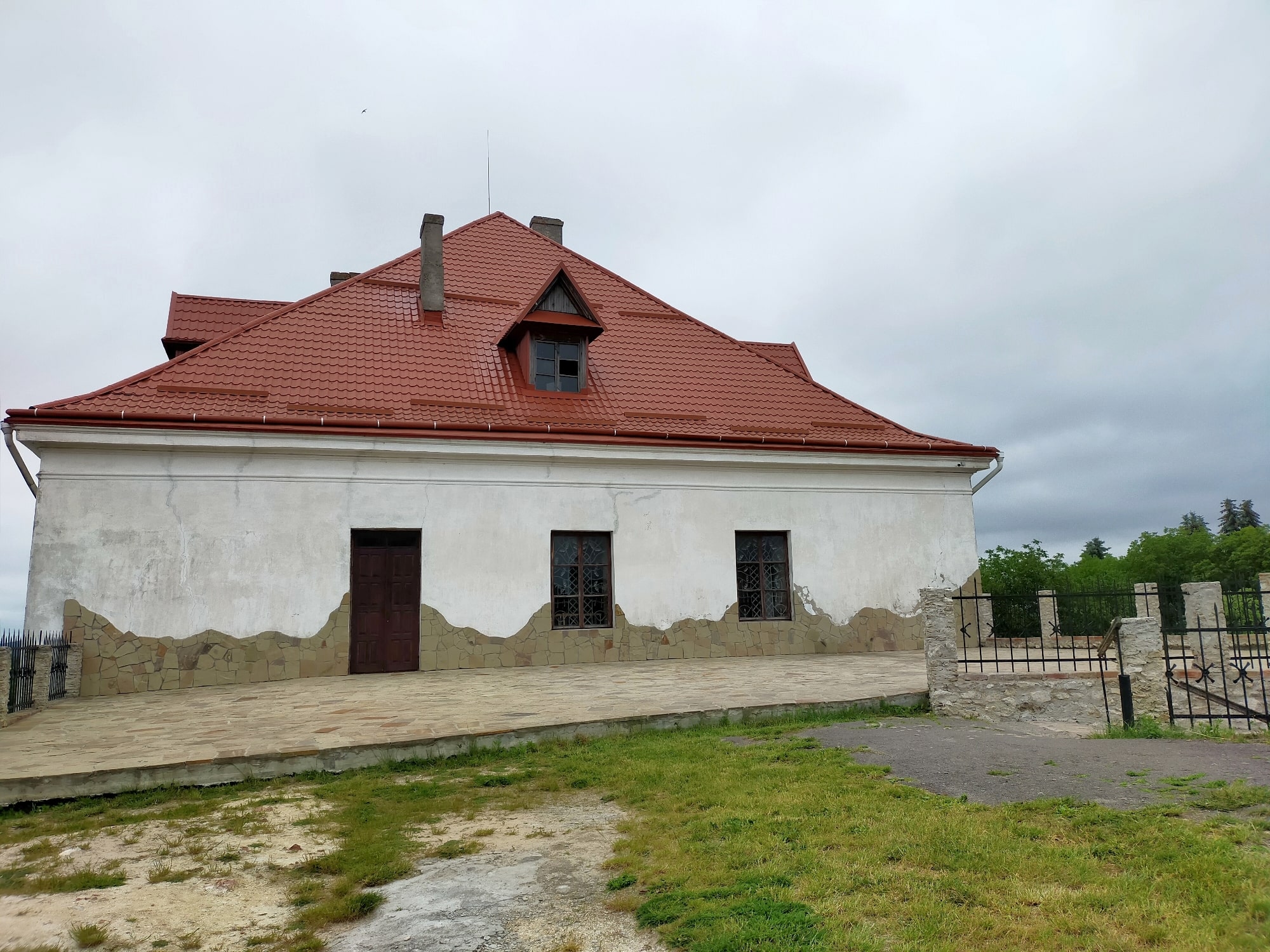 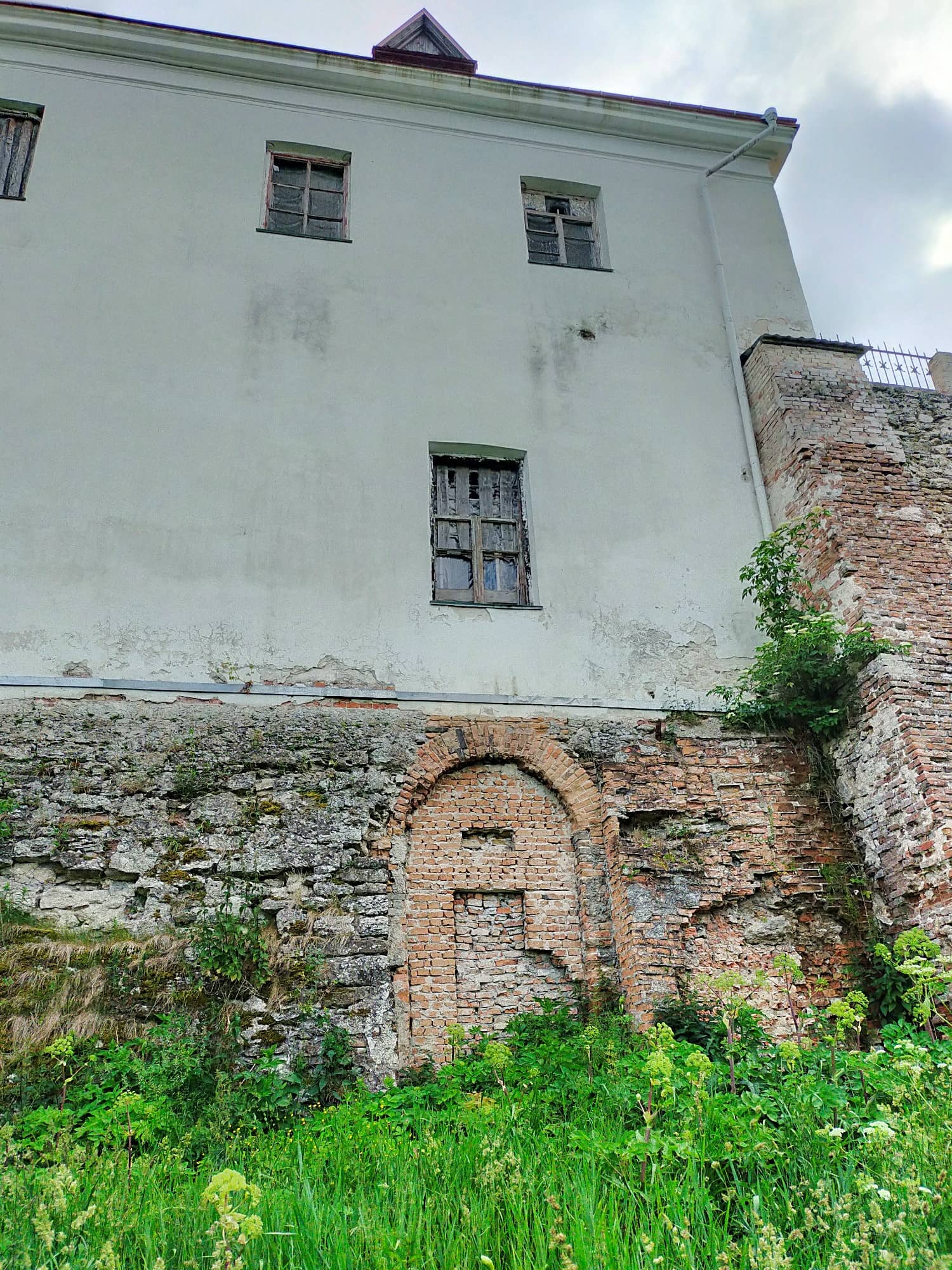 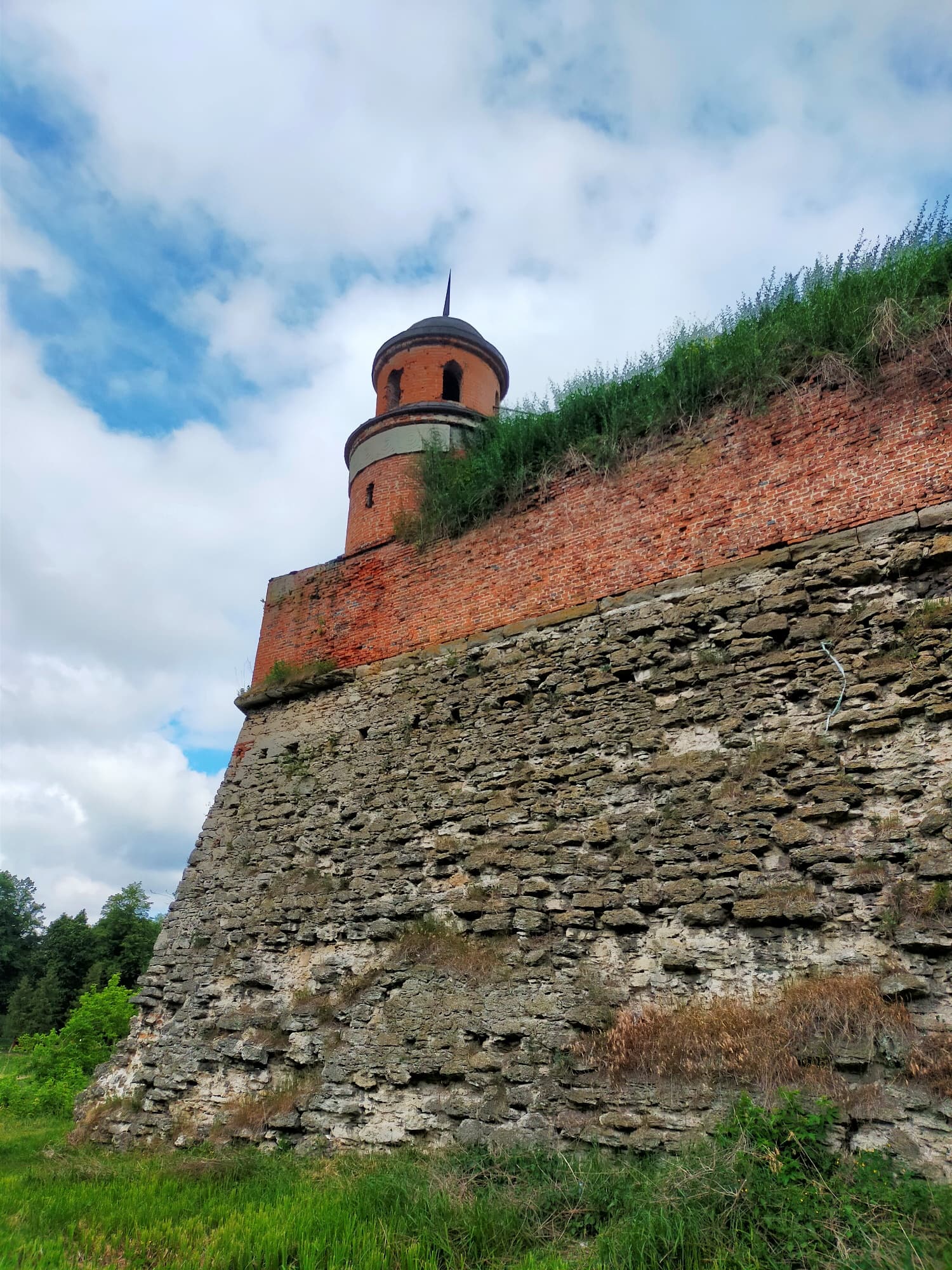 P.S.
What was achieved and what peaks will be reached in a few months of the current 2021 will be later… Follow the news to stay up to date!