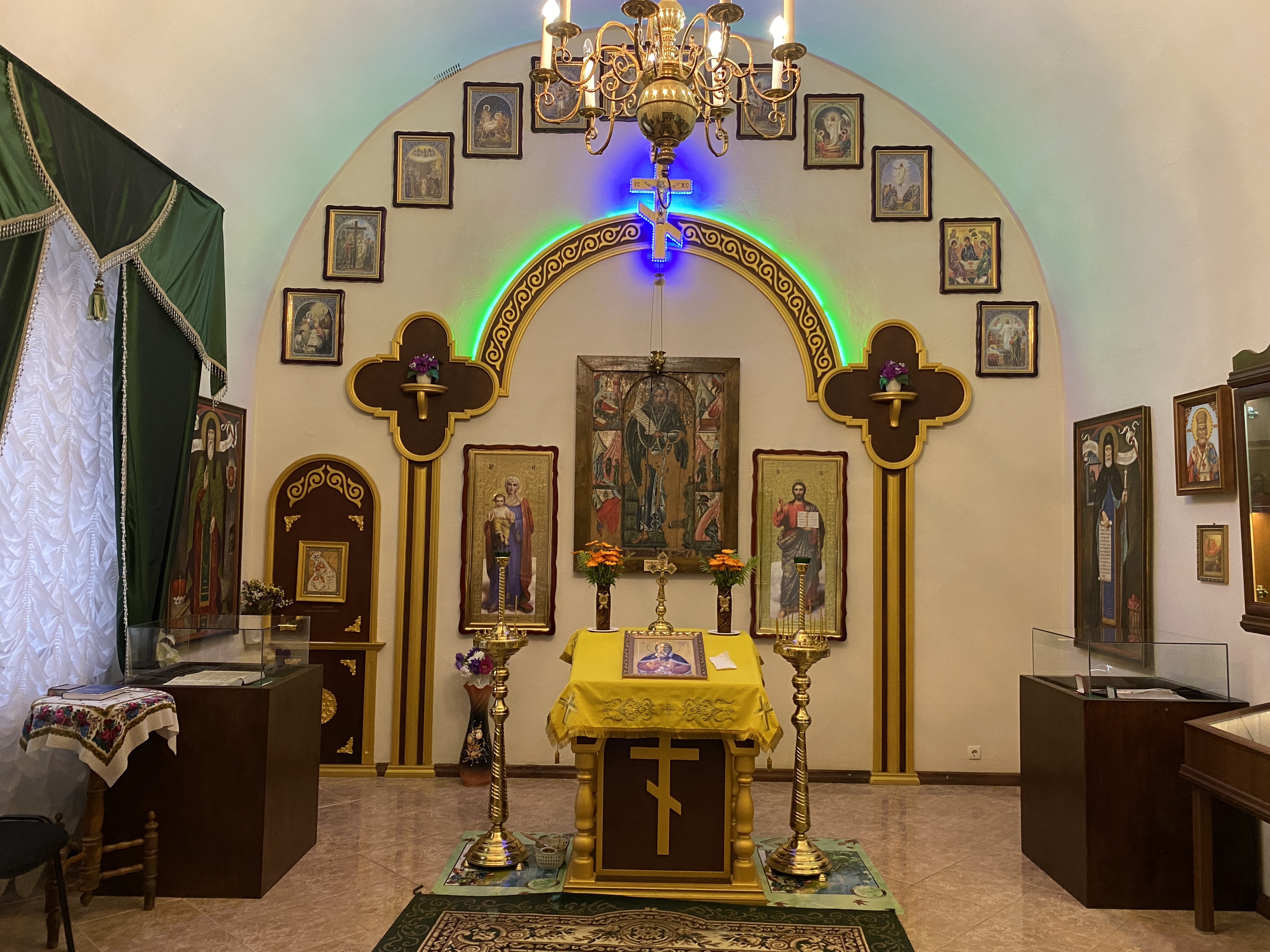 Chapel of the Prophet Elijah

16 October 2021 Hits: 113
In the chapel of Dubna Castle a number of works of sacred art are selected, designed to create an aura of spirituality and ease for representatives of all faiths. The central image of the chapel is the oldest Dubno icon of the XVI century. "Holy Prophet Elijah with life." The interior of the chapel was complemented by icons of the canonized saints Iov Pochaivsky, Fyodor Ostrozky, the pious prince Konstantin-Vasyl Ostrozky, painted by the famous modern icon painter Yuri Nikitin. Also, in the chapel there are sacred things of museum significance. Among them: icons of the XIX century. "Signs of the Blessed Virgin", "St. Theodosius, Archbishop of Chernihiv", "Our Lady of Pechersk with the Coming Saints Anthony and Theodosius of Pechersk", "The Virgin and Child", "The Blessed Virgin the Right-Handed", "The Image of St. George the Beloved Princes" , Alexander, Gleb »,« Saint John the Forerunner », Icon« Saint Nicholas »of the end of XVIII century. In separate showcases there are metal crosses of the XIX century, intricate icons - copper-cast, decorated with colored enamels, three-leaf intricate images of the XVIII-XIX centuries, discos, gift box and silver candlesticks of the XIX century. A separate group consists of church old prints: the Gospel of 1647, the book "Irmologion", the book "Anthologion" of 1694, the book "Chasoslov", Pochaiv, 1760, the book "Oktoikh", 1715, the book "Sluzhebnik", Pochaiv 1734, the book "Mineya" of the XIX century.